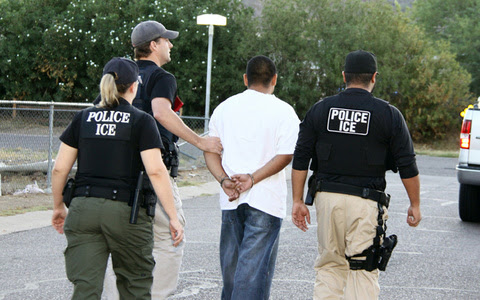 The overwhelming majority of illegal drugs in the United States already come from Mexico and Mexican traffickers are the greatest criminal threat to the nation, but things are about to get worse when Mexico’s new leftwing president takes over.

His name is Andrés Manuel López Obrador (known popularly as AMLO), he opposes hardline anti-drug policies and believes in amnesty for drug war criminals. A State Department document obtained by Judicial Watch warns that Obrador, who takes over on December 1, will seek to decriminalize marijuana and poppy cultivation early in his term.

He will also end Mexican military intervention in the drug war and pardon some drug offenders, according to the document which was issued recently by the agency’s Bureau of Diplomatic Security and is titled “Mexico’s Drug War & AMLO” and subtitled “Crime; Drug Trafficking; Narco-Terrorism.”

Narco-violence and cartel-associated crime is already one of most dangerous threats against U.S. private-sector interests in Mexico, according to the State Department, and Obrador’s new policies will only worsen the crisis. “The promised amnesty deal with organized criminal groups and the pledge to investigate and prosecute corrupt politicians, many of whom are in business with the cartels, prompts concern about increased impunity for violent offenders,” the new memo states.

It identifies “hot spots” for Mexican Criminal and Narco-Violence and reveals that the drug war and cartel infighting has caused severe, nationwide security repercussions. Five Mexican states (Colima, Guerrero, Michoacán, Sinaloa, and Tamaulipas) have such high levels of violence that the U.S. government warns against travel.

Common crimes include homicide, kidnapping, carjacking, and robbery. “In these states, gang activity, including gun battles, is widespread,” the State Department writes. “Criminal organizations operate freely and sometimes with impunity. Local law enforcement has limited capability to respond to violence in many parts of these states, as criminal organizations have laid territorial claim to significant portions of the region.”

In 2017 the Federal Bureau of Investigation (FBI) handled 116 kidnappings in Mexico, 81 for ransoms, and during the 2018 general elections there were 774 attacks against politicians. More than 150 politicians were killed in the attacks, the State Department reveals, and 371 non-elected officials. On election day alone, 138 assaults were reported in Mexico and seven politicians were murdered, compared to nine during the entire 2012 election season.

Clearly, our neighbor to the south is a perpetually unstable, crime-infested cesspool. Intra-cartel violence remains the most prevalent type of crime much like an outlaw society taken over by thugs. “Although Mexico employs strict gun-control laws, criminals are often armed with guns, which has resulted in the increase of homicide incidents in Mexico,” according to the State Department memo. “While most of these homicides appeared to be targeted, criminal organization assassinations, turf battles between criminal groups have resulted in violent crime in areas frequented by U.S. citizens. Shooting incidents injuring or killing bystanders have occurred. In some states, members of these groups frequently maintain roadblocks and may use violence towards travelers.”

It’s difficult to imagine that the Mexican crisis will worsen in a few weeks. For years a variety of government audits have documented that the overwhelming majority of illegal drugs in the U.S. come from Mexico and Mexican traffickers remain the greatest criminal threat to the country. A recent one that comes to mind is the Drug Enforcement Administration’s (DEA) 2015 National Drug Threat Assessment proclaiming that Mexican cartels are in a class of their own, that “no other group can challenge them in the near term.”

The government classifies them as Transitional Criminal Organizations (TCOs) and they smuggle in enormous quantities of heroin, cocaine, methamphetamine and marijuana. We’re talking about sophisticated operations that have been smuggling huge amounts of illicit drugs into the U.S. for some time. It doesn’t end there. The DEA has confirmed that major Mexican cartels are actually operating in the United States. They include the Beltran-Leyva Organization (BLO), New Generation Jalisco Cartel (Cartel de Jalisco Nueva Generación or CJNG) the Los Cuinis, Gulf Cartel (Cartel del Golfo or CDG), Juarez Cartel, Michoacán Family (La Familia Michoacána or LFM), Knights Templar (Los Caballeros Templarios or LCT), Los Zetas, and the renowned Sinaloa Cartel.

Mexican drug cartels have long benefitted from our susceptible southern border and the situation is more serious than ever because traffickers have joined forces with Middle Eastern terrorists to enter the U.S. Years ago Judicial Watch broke a story detailing how smugglers (“coyotes”) working for the Juárez Cartel help move ISIS terrorists through the desert and across the border between Santa Teresa and Sunland Park, New Mexico.

To the east of El Paso and Ciudad Juárez, cartel-backed “coyotes” also smuggle ISIS terrorists through the porous border between Acala and Fort Hancock, Texas. Judicial Watch’s high-level government sources say these specific areas were targeted for exploitation by ISIS because of their understaffed municipal and county police forces and the relative safe-havens the areas provide for the unchecked large-scale drug smuggling that was already ongoing.